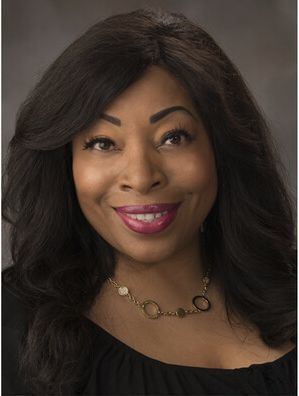 For the past nine years, King has served as the director of the university’s William H. Thompson Scholars Learning Community, a college transition program guiding and supporting recipients of the Susan T. Buffett Scholarship. In this role, King has built a dynamic team that works with nearly 1,200 Buffett Scholars on campus, with many of these scholars identifying as first-generation and low income. Through her leadership, the program has seen retention and graduation rates averaging higher than the university’s rates.

The unique nature of the Thompson Scholars Learning Community, under King’s leadership, has been the focus of a multi-year, qualitative and quantitative research study, commissioned by the Buffett Foundation and led by researchers at the University of Southern California. King has presented the findings of this research, along with the principal investigators, at several national conferences.

“Kelli has been a transformational leader for the William H. Thompson Scholars Learning Community,” said Amy Goodburn, senior associate vice chancellor and dean of undergraduate education. “I’m thrilled that she is taking on this new role where her commitment to student advocacy, belonging, and inclusion will benefit the entire UNLstudent community.”

King’s service to the campus community extends beyond her work with the Thompson Scholars, including the university’s Behavioral Intervention Team, the Student Success Team, the Advising Coordinating Board, the initial Husker Dialogues Steering Committee, the Retention Leaders Committee, African and African American Leadership Caucus and the Lied Center Statewide Advisory Board.

King has been recognized for her work with students and the university at large. Her honors include being a multi-year recipient of the Parents’ Council Association Award for Contribution to Students; the University of Nebraska Foundation Builder’s Award for Outstanding Academic Advising; People Who Inspire Award through the Black Masque Chapter of Mortar Board; finalist for the Excellence in Education, Inspire: Celebrating Women’s Leadership Award through the Lincoln Journal Star,;and induction as an Honorary Member of the Innocents Society.

“Kelli is an experienced leader and collaborator and we are lucky to have her at Nebraska,” said Laurie Bellows, interim vice chancellor for student affairs. “She communicates effectively, plans strategically, and builds consensus. Most importantly, she is deeply committed to student health and well-being.”

A Nebraska alumna and first-generation college student„ King received a bachelor’s degree in history and education. King completed a Master of Arts in historical studies from Nebraska Wesleyan University before pursing graduate course work at Columbia University in New York. She is currently pursuing a doctorate in educational studies at Nebraska.